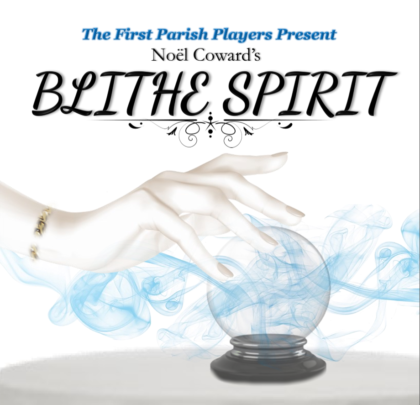 The First Parish Players proudly present Noel Coward’s classic comedy, “Blithe Spirit!” Come see a lively cast of oddball characters come together in this timeless tale of a man, Charles Condomine (Sean Cooper), as he struggles for the affections of two women – Ruth, his current wife (Laurie Hartrey, in her FPplayers debut) and Elvira, his long-deceased past wife (Sara Williams). Watch as hilarity ensues as the boisterous and airy medium Madame Arcati (Jan Thompson) enters the scene and shakes up all of their lives – and after-lives! 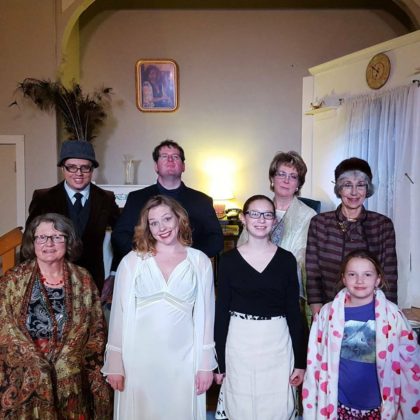