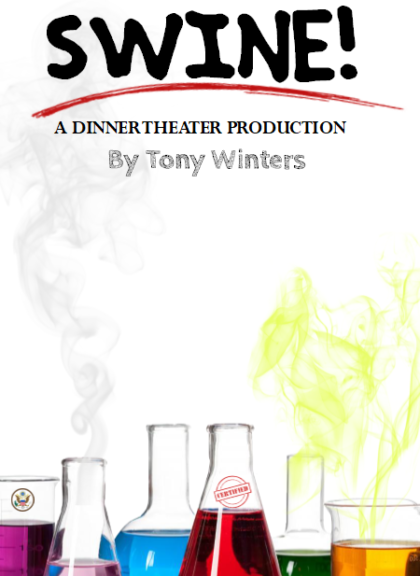 “SWINE!” was the fourth endeavor by the First Parish Players, and the first dinner theater! It was written by FP players’ very own director Tony Winters.

Miss Julia Iverson has invited you – yes you – to dinner, but she has an ulterior motive mind. Throughout the drama that she puts on before you – as she plays tricks on genius lab technicians and ex-husbands – you will find yourself wondering just who is on your side, and who should you trust? Who is the hero, and who is the swine? 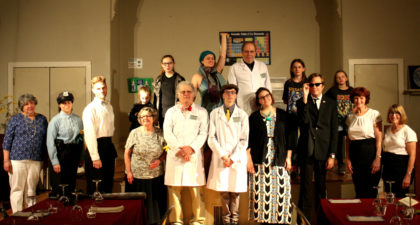